The latest news in gambling in India centers on the Goods and Services Tax system, or the GST. There is also the discussion to implement a single-tax system for lotteries. where certain groups are asking the government to rethink the tax rate on horseracing.

The Turf Authorities of India, or TAI, are finding ways for the GST in horseracing to be lowered. The TAI is an association of 6 horseracing clubs in India. They have currently sent an appeal to the Union Minister, Piyush Goyal, to reduce the tax rate that race clubs and bookmakers have. The current rate is 28% of the face value of the wagers. 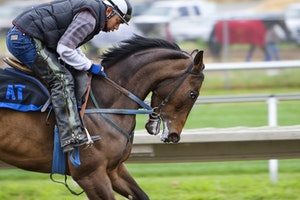 This 28% tax on face value bets is quite high. It also takes a lot and contributes to a huge loss in revenue, which is discouraging for operators. Instead, they wish that the GST is to be taken from earnings or commissions. This seems very fair, compared to the value of the bet.

There is another technicality, that may pique the interest of those in the PPH Sportsbook industry. The TAI also says that horseracing is not considered gambling. They present a decision from the Supreme Court, which talks about gambling. In it, horseracing and any gambling activity involving horseracing is classified as a game of skill, and exempt from gambling laws.

They argue, that horseracing and betting on it, is a good, and not a service. In addition, TAI is also presenting figures showing how the GST is detrimental to the industry. According to them, the fiscal year 2017-2017 shows $43 million in taxes paid by their members. But during the transition, the amount is only a t$26.24 million from 2017-2018. TAI further argues that their revenues are hurting because of the high taxes. And that this could lead to less turnovers, and less taxes paid to the government as well. And if it continues, it could cause the industry to die a rather slow and painful death, as no one would want to lose money. Or at least, lose more than they already are.