A venture including the company of the chairman of the Turkish Football Federation made a bid to operate the only legal sports betting firm in Turkey. In fact, the Sans Girisim venture of Scientific Games and Demiroren made the best bid to take 0.2 percent of revenues. It will give them a sports betting monopoly in the country if they win the bidding.

The proposed revenue-sharing scheme is lower than their previous offer of 2.1 percent of the revenues. In fact, the other bidder, Inteltek venture of Turkcell and Intralot, offered to take a 0.5 percent share of the revenue. Their initial bid was 1.4 percent.

After news of losing the bid made gambling industry headlines, shares of Turkcell dropped 0.27 percent at the end of trading. Deminoren Holding owns major media outlets in the country. Also, its owner is Yildirim Demiroren, the chairman of the TFF. 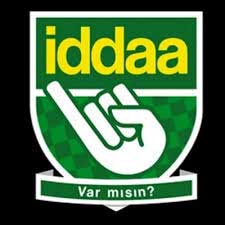 Aside from the Iddaa, other gambling and betting platforms are illegal in Turkey. That’s why major corporations want to become the Iddaa operator to get the sports betting monopoly in the country.

Demiroren drew criticism from opposition lawmakers. They said that it is unethical for the TFF chairman to take part in the tender. In fact, his position gives him an advantage over competitors. They want him not to participate in the tender.

Some people want Demiroren to resign from his chairmanship in the TFF if he wants to be a successful bookie. That way his firm can avoid unfair bidding conditions. In addition, his critics said that it is wrong for a person to represent Turkish football to be involved in the business side of the sport.

In the initial tender in November, Inteltek was the lone bidder. The commission canceled the bidding due to the lack of competition. After reopening the tender, two ventures joined the bidding, including the one with Demiroren’s firm. They want control of the best sports betting software in Turkey.