Leander Games signed a partnership deal with Hong Kong-based D-Tech. As a result of the deal, the latter will develop new Asian theme games. In fact, the independent game studio recently released the Year of the Dog.

The deal will allow D-Tech to continue developing games. In addition, it will use Leander’s platform as a distributing platform. D-Tech’s goal is to create localized games for Asian players across the globe, the company told Asian gambling industry news outlets.

D-Tech has a team of experienced artists and game designers in its Hong Kong headquarters. Their game, Year of the Dog, went live in Leander’s network. Also, it will release future games on the platform.

D-Tech’s commitment is to develop Asian theme games to cater to the growing Asian market worldwide. By signing with Leander Games, its games will be available to all operators licensed by the Alderney Gambling Control Commission and the UK Gambling Commission. Some bookie pay per head solutions include the games in their online casinos.

Asian theme games are popular around the world. In fact, their popularity continues to grow in Europe that online casinos have dedicated tabs for them. Based in Asia, D-Tech provides a localized feel to their games. That’s one of the reasons why Leander is happy to work with the game developer. 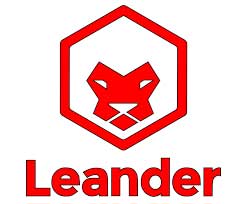 D-Tech develops games for both online and brick-and-mortar clients. Also, it distributes its own games. Its games have advanced mobile interface and innovative concepts. As a result, consumers enjoy playing their games. Some pay per head bookie providers prefer their games over other developers.

It is the second deal Leander Games signed in recent months. It has a partnership with Stakelogic, which is a slot games maker. Stakelogic’s games are now available through the Leander Games RGS gateway API. Some titles that are part of the deal include Classic Joker 5Reels, Book of Adventure, and Hardwell.