Tagaytay is around 41.6 miles away from Metro Manila and at the northwestern shore of Taal Lake. Operations of the Casino Filipino Tagaytay stopped in January after the Taal Volcano eruption last January 12.

The eruption of the Taal Volcano sent ashes up to the sky and buried most of the towns around it in a thick ash layer, including Tagaytay. According to Pay Per Head Reviews and News reports, the ash plume reached around 14 kilometers up in the sky. That was nearly at the edge of the planet’s atmosphere. 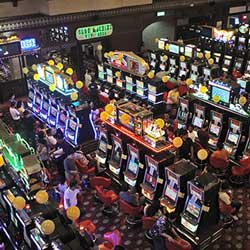 Strong winds carried the ash as far as Manila, according to pay per head software reports. As a result, authorities suspended air travel going to and from the Manila International Airport for a couple of days. However, casinos in the capital city remained open during the period.

PAGCOR will have a grand reopening ceremony of the Casino Filipino Tagaytay on March 19. Aside from the reopening of the casino floor, the casino operator prepared musical shows and other forms of entertainment for gamblers.

Also, the casino would be open 24 hours a day, seven days a week according to the casino regulator. Most local gamblers go to the Tagaytay branch of the casino to enjoy the cool breeze, especially during the dry season in the country.

One thing that the casino lacks is a sportsbook with a prop bet builder. As a result, many players from the Philippines look for online options to satisfy their sports betting needs.