In November 2008, professor Bill Eadington from the University of Nevada wrote an article called The Case for Integrated Resorts. He described the popularity of the IR concept in Asia, and the benefits it brings to the host.

Eadington said that integrated resorts play a vital role in preventing gambling addiction. Also, national governments that legalized casinos have seen the social and economic impact of the gambling facilities in their territories. 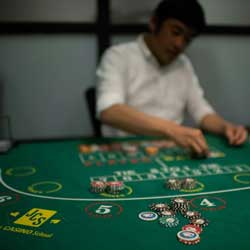 Integrated resorts bring the best of what casinos have to offer to its host community. At the same time, they prevent the unintended adverse effects of gambling, according to the best sports betting software.

Take, for instance, Singapore. The nation’s lawmakers made sure that the legislation and implementation of the gambling law would be more beneficial in the long run. They didn’t go for an opportunistic approach to legislating gambling that’s common in many countries over the past decades.

At present, the Resorts World Sentosa and Marina Bay Sands celebrated their tenth year. A survey conducted in Singapore showed that 0.8 percent of the respondents are either pathological or probable problem gamblers.

Sports betting software reviews and news sites learned that the numbers were higher in 2005, which was five years before the integrated resorts opened in Singapore. 4.1 percent said they were suffering from gambling problems.

They conduct the survey every three years. Problem gambling rates dropped to 2.9 percent in 2008, and 2.6 percent in 2011. In 2014, the number dropped drastically to 0.7 percent. It was four years after the integrated casinos opened in the island nation.

A gambling software solution analyst said that the same thing is seen in Australia. Victoria has a problem gambling rate of 0.8 percent.