The Japanese government announced that the official start of the process to find host communities for integrated resorts would be in January 2021. The new timeline is according to the latest Japan integrated casino resort report released by the Ministry of Land, Infrastructure, Transport, and Tourism.

Interested cities and localities have until July 2021 to submit their official proposals. After the deadline, the government will start the public consultation process that will last for around 24 weeks. After the consultation stage, federal selectors will release the final three choices.

It will take a maximum of four years to build an integrated resort. As a result, the first Japan integrated casino resort will open to the public in 2025. That’s a total of six years before people can visit the first Las Vegas-like gambling facility in Japan. 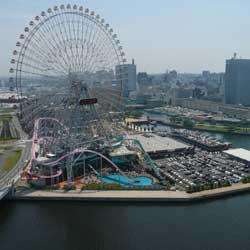 Although most gambling activities are illegal in Japan, Prime Minister Shinzo Abe passed a resolution allowing three integrated resorts in the country. The law required local governments to work with an experienced foreign operator to be an IR host.

The new timeline means that potential hosts have one whole year to find an operating partner. Also, they can finalize their plans and make sure that the integrated resort can contribute to the local economy and create jobs.

Among the localities fin Japan, Yokohama and Osaka are the frontrunners in becoming IR hosts. Osaka is hopeful it gets the license to construct a gambling facility at a reclaimed land at Yumeshima Island. On the other hand, Yokohama hopes to build a casino on waterfront property near Yamashita Park.

Although the two cities are early favorites, around eight more local governments wanting to become IR hosts in Japan. According to a white label sportsbook solution provider, the other potential hosts are Chiba, Sasebo, and Nagoya.