Japan welcomes fintech companies with open arms. However, online crypto gambling fails to take off in the country due to its strict regulation. As a result, online crypto bookie and casinos fail to achieve success in the Land of the Rising Sun.

In March, blockchain-based platform Tron told bookie pay per head providers that they blocked gambling DApps in Japan. It is to comply with local regulation. The company wants to comply with Japanese laws and regulations.

Tron discourages developers to create gambling DApps targeting the Japanese market. In fact, the firm will block users with Japanese IP addresses who try to upload gambling DApps on their platform. 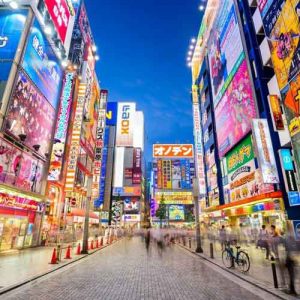 The Japanese criminal code prohibits gambling, aside from the government-approved sectors such as a boat, automobile racing, bicycle, and horse. Tron said it is willing to work with the Japanese authorities if they found any DApps violating local rules and regulations.

However, Tron’s mission of decentralization has met several obstacles along the way. On May 10, co-founder Lucien Chen left the project. He said that excessive centralization is the reason for his action.

In addition, he said that real internet apps can’t function in the Tron network. He is concerned with the platform’s delegated proof-of-stake. After leaving Tron, Chen will focus on his own decentralized blockchain project, known as Volume Network.

As for online crypto gambling in Japan, the government needs to implement new rules and regulations to attract the best pay per head bookie. The country accepted cryptocurrencies and considered them as legal means of payment. However, there are still some issues to work on regarding payments and gambling.

One thing to consider is Japan’s love for cash. According to a study, around 65 percent of transactions use cash. It is double the rate of other developed countries. The government also imposes high tax rates on cryptocurrencies. That’s why you should not use cryptocurrency if you want to be a bookie in Japan.