According to the latest reports, Macau got most of its casino gross gaming revenue in 2019 from mass play. It is the result of the stable development of the segment. The new Secretary of Economy and Finance Lei Wai Nong released the report to local media last Friday.

Mass Play and a Healthy Economy 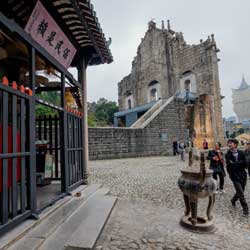 Lei described Macau’s employment market as healthy. Also, he claimed that there’s a stable growth in visitor numbers of the city. He is optimistic about the gambling hub’s growth in 2020 in terms of overall economic performance. One of the factors of growth is the opening of new casino resorts.

In a related note, analysts estimated that VIP play contributions in Macau would drop to around 42 percent. However, the steady growth of the mass market will help the city’s overall revenue. It depends on the timing of the opening of new venues in the market.

Casino operators in Macau have no plans to open a sportsbook website. China has a strict policy regarding online gambling. As a result, you can’t expect online sportsbooks and casinos operating in the territory any time soon. For those activities, you can head to Raymond Cruz Costa Rica instead.

Lei said that the administration would work on regulating the gambling industry that will help Macau’s economic growth. The new administrators hope to introduce new approaches regarding policies for the future.