The gambling market in Asia is strong. Casino operators and pay per head providers are constantly finding ways to break into local markets in the region. South Korea, for instance, has a growing gambling market, and international gaming companies like Mohegan Gaming & Entertainment are investing money on developing Integrated Resorts (IR) in the country. Inspire will be the name of the IR in South Korea.

MGE will be building an IR resort, which will be the largest in South Korea. The first stage will open by June 2022, with total completion by 2031. The construction of the IR began this year as soon as MGE was able to obtain the necessary permits last May. 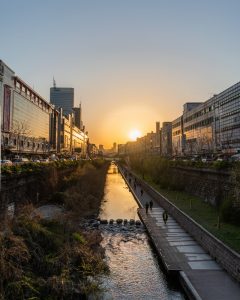 The first stage of the IR will have a – star hotel that will have 1,256 rooms, a 15,000-seater arena. It will also have convention halls, and a foreigner only casino. For those not in the know, unlike the best pay per head sportsbook, South Korean casinos have limits on who can gamble – locals are not allowed. Kangwon land is the only casino where locals are allowed to bet, and this is run by the government.

Inspire, which will be the name of Mohegan’s IR, will have a lot of amenities that can be used by locals as well. In addition, the entertainment amenities can also attract performers from western regions, aside from local Korean and Asian performers. A theme park will also be built in the IR.

There will be a Paramount Pictures themed amusement park. It will have rides with popular brands such as Mission Impossible, Star Trek, and Tomb Raider. This will all open in 2025. All of this will be available to the general public, which will be a way for the operator to generate revenue from locals since they cannot place bets in casinos. Of course, a popular option is for bookies to use pay per head services to create specialized sportsbooks that can cater to any betting market.