The Philippine Amusement and Gaming Corporation or PAGCOR dismissed claims made by a public spending regulator. The Commission on Audit wants PAGCOR to shut down the Casino Filipino Manila Bay. In fact, COA claimed the casino was operating on losses for five years.

According to the COA report, the casino had PHP 2.11 billion worth of losses in five years. However, PAGCOR disputed the claims. The state casino operator said that the CF Manila only started its operations in August 2017. That means it is operational for less than two years. 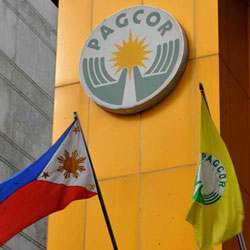 PAGCOR revealed its plans to improve the troubled casino’s financial problems. To start with, it will reduce the casino’s operating expenses. In addition, the operator will create a marketing campaign to leverage the venue’s VIP and high limit table games.

Also, PAGCOR is considering subleasing the second floor of the Casino Filipino Manila Bay to junket operators. Additionally, the operator is thinking of an income sharing plan to improve its bottom line.

PAGCOR told bookie PPH experts that Casino Filipino Manila Bay has seen profits after deducting operating expenses and franchise taxes. In fact, its gross gaming revenue has an upward trend since its opening 23 months ago.

The casino operator wants COA to consider the contributions the casino made to the agency’s mandated beneficiaries. In fact, part of its profits went to charities and not as losses. In addition, Vanderwood Management Corporation has an existing contract to run the daily operations of the casino. PAGCOR can’t nullify the contract anything soon.

PAGCOR blames the competitive casino industry in the country for its financial woes. Many integrated resorts opened in Metro Manila in recent years that led to the PAGCOR casinos’ downfall. Just like in the sports betting business, you need to know how to get an edge over your competitors. This is one of the “how to become a bookie” lessons you should keep in mind.