As the bidding war for the first three integrated resorts in Japan intensifies, it looks like a potential contender will be backing out. The island of Hokkaido is having second thoughts of becoming an IR host.

According to sources, residents of the island don’t want a casino. They are concern about the impact of an integrated resort will have on the environment. Also, no amount of profits from casinos can change their minds.

Hokkaido Prefecture previously selected Tomakomai as a potential IR host. However, the large-scale project could lead to an environmental issue. As a result, local officials are rethinking about having an integrated resort in their region. 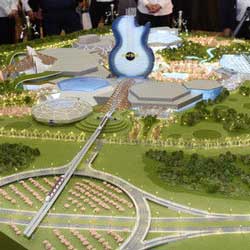 According to a recent survey by the local government, two-thirds of the respondents have concerns about hosting an integrated resort. Residents pointed out that Tomakomai is near Lake Utonai, which is a protected wildlife sanctuary. Also, the area is part of the list of crucial wetlands in the world.

An environmental impact survey will require three years to complete. Thus, it will not be finished in time for the application of a casino license. If the Tomakomai assembly has its way, the city will be applying for a casino license. Officials said that it would improve the local economy and generate new jobs.

Hokkaido Governor Naomichi Suzuki told sports betting software solution news outlets that his government is deciding on the issue. There’s no conclusion yet, but they will make one after careful deliberation.

Aside from Hokkaido, several cities want to get one of the three casino licenses. Prefectures in favor of having an IR in their region are Osaka, Wakayama, Nagasaki, and Hokkaido. Cities that want to host a casino are Osaka City, Yokohama, Chiba City, and Tokyo. The Japanese government wants the resorts to be larger than the hotels in the country.