Macau casino revenue fell 8.5 percent in November year on year to $2.8 billion. Experts blamed the drop to headwinds affecting the gambling industry in the territory. It is the sharpest drop in a year that has suffered a downward trend for the year seven months. Also, revenue is already down 2.4 percent so far in 2019.

The best bookie pay per head doesn’t expect Macau casino revenue to recover any time soon. Several factors affect Macau’s income, including slowing the Chinese economy, the trade war between the US and China, and weakened yuan. Also, the civil unrest in Hong Kong played a role in the lower visitor turnout in the neighboring territory.

Recently, Chinese State Media attacked Suncity. The latter is the largest junket operator in Macau. It affected the region’s VIP segment. The island’s 20th anniversary of its secession from Portugal is coming soon. Political observers expect Chinese politicians and dignitaries to take part in the festivities in the next couple of months. 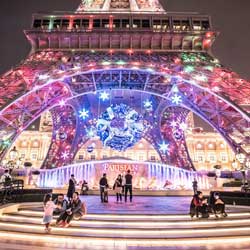 Macau casino revenue will suffer due to the stricter visa policies leading to the celebration of its secession anniversary. Starting from November 22 until December 20, tourists need to go through a packaged tour visa or a visitor scheme to enter the region.

The latest gambling news speculation is that President Xi Jinping will visit Macau. As a result, high rollers are staying away from the territory. At the same time, Xi’s presence can swerve the region due to the unrest in Hong Kong.

Gambling software experts said that people should not compare 2019 with 2018. The latter was a bumper year for the casino industry. They expect December to be down by as much as 10 percent. On the bright side, 2020 will be a better year with a 3 percent increase throughout the year.