The City of Yokohama started the casino license proposal process by initiating the request for concept stage. It is the first phase in securing one of the three integrated resort licenses in the country. In fact, Yokohama plans to use a waterfront property near Yamashita Park for its IR.

Local authorities believe that the integrated casino resort will bring more domestic and foreign tourists to the city. In fact, the project already attracted Melco Resorts and Entertainment Limited, a Macau casino firm. However, the city faces tough competition from eight other communities, including Osaka, Chiba, and Sasebo.

Although most gambling is not legal in Japan, Prime Minister Shinzo Abe’s government passed legislation in July of 2018 to offer three IR licenses. To be a host of an integrated resort, communities need an experienced operator as a partner before submitting the application. Then a panel of selectors will choose the host cities or communities. 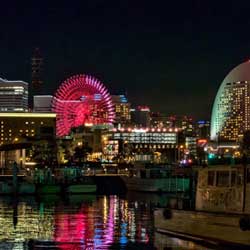 Bookie PPH services providers learned that several major casino operators want to participate in Yokohama’s casino license proposal process. In fact, they only have until the end of the month to register their interest. Then, they have until December to submit their official proposals.

Yokohama intends to use the RFC as the base from which it will create its implementing rules and regulations. Also, the city hopes to find a casino partner by 2021. However, Yokohama is the third community to start the RFC process. The first two communities are Osaka and Sasebo, according to pay per head news reports.

Through the RFC process, local officials want to see how potential partners will handle several issues including problem gambling, promoting local tourism, and landscaping. In addition, Yokohama hopes to get proposals from various firms that will handle the infrastructure requirements of the project, including the environment and transportation.