Derrick Henry was on the verge of becoming the best running back in 2021. However, an injury sidelined the Titans’ RB for the last nine games. As a result, he failed to take the NFL rushing title.

This season, Henry is healthy, and it looks like he can take back his rushing crown. However, BetMGM disagrees with some Pay Per Head providers. Their odds for the rushing title are: 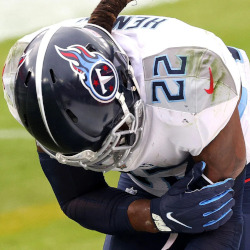 Taylor took the rushing title last year. However, Henry had a significant lead until his injury. Henry was poised to get his third-consecutive title with no indications of slowing down. But, according to bookie PPH sources, the injury stopped him from achieving that milestone in his career.

Taylor has gotten lots of buzz in the wake of completing 2021 with 332 carries and 1,811 rushing yards that resulted in 18 TDs. In addition, it was enough for the Colts’ running back to earn the All-Pro honors in his second year in the league.

By the time Henry’s reign ends, it will be Taylor’s time to shine. However, that time would not be this year.

According to SportsBettingSolutionAsia.com sources, Henry returned to the lineup was mired by their defeat against Cincinnati. Although he wasn’t dominant during the game, the injury didn’t slow him down.

Henry won consecutive rushing crowns in 2019 and 2020. In addition, he led the league in the usage rate. The Titans’ star achieved more than 300 carries in those seasons. Furthermore, he improved each year.

Todd Downing, the Titans’ offensive coordinator, might reserve Henry’s minutes at the start of the season. However, the team is known for its running game. Thus, we will see Henry getting his touches.