The National Football League will hold Super Bowl 56 on February 13. With less than a month to go, operators should start preparing their sportsbooks for the big event. Here’s our bookie guide to NFL Super Bowl 56.

As the regular season draws to a close this weekend, people are looking for the odds of the top teams. Some teams remained on top, while others had fluctuating ranks throughout the season. However, the action will heat up during the playoffs. Below are the top Super Bowl Contenders and their odds. 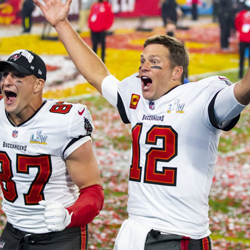 The Green Bay Packers are the favorites of pay per head bookie operators going into the last weekend of the regular season. They were going up and down the top ten positions a couple of weeks ago. However, they won five straight games that improved their odds of winning the Super Bowl to +325

Mahomes and the Kansas City Chiefs have been favorites since January 2021. They kept the rank until October. However, they got the top spot back in December. Their defeat against the Bengals made their odds slightly longer at +550.

If you used one of the bookie pay per head features of generating odds, you’d notice the Buffalo Bills sitting in third. Although they temporarily dropped out of the top five in December, they crept back to third place after winning their last three games. Also, their final game of the season is against the lowly New York Jets.

The Los Angeles Rams enjoy an excellent regular season by cementing themselves in second place in the NFL standings. Although they already qualified for the playoffs, they are still trying to win the top spot of the NFC West.

You can learn how to be a bookie in 5 easy steps. If you sign up today, you will have your sportsbook up and running in time for the NFL playoffs.

Start a sportsbook with SportsBettingSolutionAsia.com!