France launched a formal investigation on Japan Olympics president for corruption. According to sources, French financial prosecutors are investigating Tsunekazu Takeda for bribery. Due to his improper actions, Japan won the bid to host the 2020 Olympic Games.

The prosecutors were looking into Japan’s bidding committee’s payment to a Singaporean consultant. As a result, they placed Takeda under formal investigation on December 10. Prosecutors claim they have evidence of wrongdoing.

Takeda already denied bribing anyone in connection with his country’s Olympic bid. In addition, he said that the French authorities didn’t charge him. However, the ethics committee of the International Olympic Committee opened a file on his case. The IOC added that Takeda is innocent until proven otherwise. 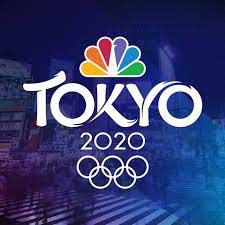 A formal investigation means that French authorities found consistent or serious evidence against Takeda. Although it is a step closer to a trial, prosecutors can drop it anytime. Pay per head service experts will monitor the progress of the case.

French investigators have been investigating corruption in sports. In 2016, they probed into the bidding and voting processes for the Olympics. At present, a prosecuting judge suspects Takeda of bribing to win the bidding.

Takeda heads the marketing committee of the IOC. He apologized for worrying the people of Japan, who supported the bid for the Tokyo Olympics and Paralympics. In addition, he said he will cooperate with the French investigators.

The French prosecutors are looking at the more than $2 million paid by the Japanese bidding committee to Black Tidings, a consultancy company. Takeda denied he did anything wrong. Japanese officials maintained the payments were consultancy fees and not bribes.

The French filed the formal investigation the same day Japanese authorities arrested Renault-Nissan chairman Carlos Ghosn. According to an industry news report, he was underreporting his income. When asked about the timing of the Olympic investigation, French authorities said there is no connection between the two.