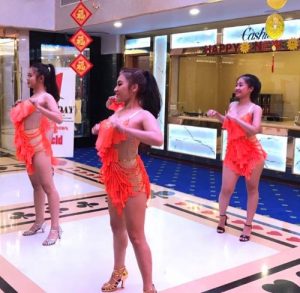 A 50-seat Diamond Stadium that creates a “Fantastic Focal Point”

The placement of the 50-seat Diamond Stadium creates a “fantastic focal point within the area and adds to the unique, exclusiveness the club has to offer.” Said Michael Hu, the Vice President of Interblock Asia.

“We are thrilled to provide the luxury and style of electronic table gaming to Muong Thanh Ha Long Hotel’s newest VIP club”.  Hu added in a last Wednesdays’ press release.

The Interblock Stadium offers automated roulette and sic bo generator and two baccarat table games generated by a gambling software.  The game stations are conveniently placed in the VIP room and in addition, each can access all available games. This gives VIP clients the ability to play each game without having to change machine or cash out. In addition, players can keep track of the games’ trends and statistics via live video feeds displayed on wall-mounted monitors.

Interblock® is a world leading developer and supplier of luxury electronic table gambling products. The Interblock brand provides gaming solutions and support in over 200 jurisdictions. As a result, their fully and semi-automated electronic gaming tables devices provide the ultimate interactive entertainment experiences.