Lawmakers want the upcoming Japan casino resorts to have a floor area of at least one million square feet. This is one of the provisions of the Integrated Resorts Development and Promotional Ordinance lawmakers issued this week.

According to the ordinance, the total floor area of all guest rooms in the IR should be more than 100,000 square meters or around 1 million square feet. Also, they should have meetings, incentives, conventions, and exhibitions (MICE) amenities capable of holding 1,000 people. Moreover, the casino floor area must not be more than three percent of the total area of the casino resort.

Casino operators are waiting for the official rules and regulations for the Japan casino resorts. They work with local companies in developing their IR plans. At present, three local governments already expressed their intentions to become casino hosts in Japan. 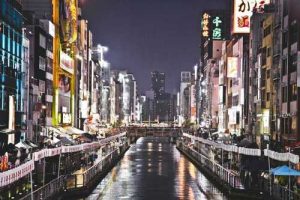 Two major casino operators want to invest in Japan casino resorts. They are MGM and Sands. That makes it two out of the possible three IR licenses. Both companies have years of experience operating casino resorts across the globe.

Sands operates both Venetian and Palazzo on the Las Vegas Strip with a total of 7,000 rooms. In fact, it is the second largest hotel complex in the world, with the First World Hotel in Malaysia having more rooms.

MGM Grand is third when it comes to the number of rooms. Although one million square feet might be a huge number, both MGM and Sands can easily handle it. For instance, sportsbook software solution experts pointed out that Sands Cotai has nearly 14 million square feet of non-gaming amenities.

According to gambling news, prefectures can bid for one of the casino resort licenses. It will be a two-step process. Casino operators will first bid on which prefecture they want to partner with. MGM wants to partner with Yokohama, while Sands is going for Osaka.