MLB sportsbook operators have been keeping tabs on Shohei Ohtani’s home run numbers this season. Last Friday, he hit his 33rd homer for the season. However, the Angels lost against the Mariners, 7-3.

David Fletcher opened the scoring with his first home run of the season. Then, Ohtani got his 33rd home run in the third inning via a solo shot off Mariners starter to extend the lead to 3-0. However, Seattle Mariners came back to win the game after Mitch Haniger’s grand slam in the eighth inning. Asa result, the Mariners won the game with a final score of 7-3.

According to sports betting software reports, Ohtani holds the record for most MLB home runs by a Japanese in a season. He will be part of the All-Star Home Run Derby on Monday. Also, he will make his All-Star Game debut on Tuesday. 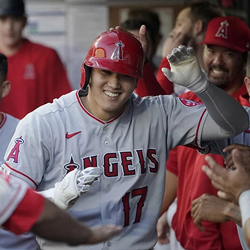 Many MLB sportsbook operators want to see the matchup between Ohtani and Yu Darvish. However, it seems like the Japanese pitcher would not pitch for the National League due to hip and back tightness.

Many baseball fans agree that 2021 is Ohtani’s year. He is the home run leader by five homers. His 33rd home run landed in the fourth deck. The three people seated near where the ball landed didn’t expect it to reach that distance.

Also, it is good marketing for the upcoming Home Run Derby. Fans are expecting Ohtani to win it. The MLB announced that they would use the humidor in Coors Field. Thus, it would result in longer home runs during the derby. Also, fans expect Joey Gallo to go head-to-head against Ohtani.