Global motorsports organization Formula One signed a five-year agreement with 188Bet. The Formula One Asia deal will make the bookmaker an official partner of the series. As part of the contract, 188Bet will have its branding featured on all Asian broadcasts until 2024.

Interregional Sports Group will handle the virtual trackside branding. Also, it will give 188Bet more marketing opportunities across F1 social and digital platforms. As a result of the deal, the bookmaker will get exclusive rights to the F1 Play predictor mobile app for the Asian sports wagering market.

188Bet will also get exclusive data from Sportradar. The betting firm first started in the UK in 2006. However, it withdrew from the UK market in 2019 to concentrate on the overseas market. The company told PPH service providers that they find the Ireland and UK markets to be too competitive. 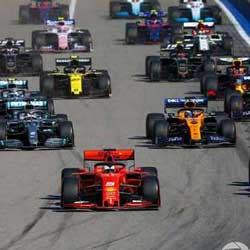 In 2019, 188Bet was increasing its South American and Asian markets. However, it stopped its operations in Gibraltar, Channel Islands, Northern Ireland, and Great Britain. As a result, it no longer accepts new players or bets from the affected markets.

According to a white label sportsbook, 188Bet had several shirt-sponsorship deals with Premier League clubs Wigan Athletic and Bolton Wanderers. Also, there was a time when the operator had lower-tier deals with Chelsea, Liverpool, and Manchester City.

The Formula One Asia deal is its most significant marketing move after leaving the UK market. SportsBettingSolutionAsia.com will bring more news about the sports betting deal when the 2020 F1 season starts on March 12 with the Australian Grand Prix.