The latest comments from Beijing are indicators that China wants to pressure Southeast Asian countries to stop online gambling. According to a sports betting platform insider, hundreds of millions of yuan flow out of China’s economy due to illegal gambling operations. 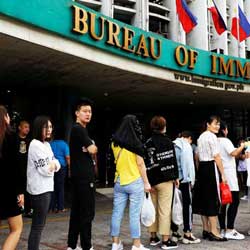 Phone and online betting operations increased in Southeast Asian countries such as Cambodia and the Philippines in recent years. Most of the demand came from gamblers from mainland China. PAGCOR, the Philippine gaming regulator, announced it will stop accepting new licenses until the end of the year.

PAGCOR wants to review the concerns regarding the booming Philippine offshore gaming operations industry or POGO. However, the regulator told software for bookie news sites that it will not stop the operations of existing online gaming firms.

Cambodia Prime Minister Hun Sen stopped the issuance of new licenses for online gambling firms. In addition, the country will not renew existing licenses when they expire. Beijing praised Cambodia’s actions in stopping all online gambling operations in their country.

Geng said that countries will cooperate with China to strengthen law enforcement in stopping illegal activities, including cyber fraud and online gambling. However, the changes in the gambling policy in the Philippines will hurt the growing online casino industry.

Philippine President Rodrigo Duterte gave out more gaming licenses during his term. As a result, many foreign investors came into the country and created online casinos targeting Chinese gamblers. Also, it led to an increase of undocumented Chinese workers in the POGO industry. They came into the country as tourists and worked without proper permits.